Back to Actions
Between 2002 and 2012 Otto Muehl carried out 105 Actions. Some of these were then used as the basis for electric painting films.

"in 2001 i produced »can any one explain« using individual photos, shot with a digital camera.
my removable dentures became the most important film prop.
the plot developed without a concept.
most films start with the actors being made up
before each shot a mirror is used to check facial expression and bodily posture
we then discuss and critique the photos taken so far and then begin the next scene.
there is no storyline, it‘s just one action following another
no meaning, no purpose, no happy end.
it's all about developing powerful images.
there is no point in waiting for the end of the story."
Otto Muehl, 10 March, 2002 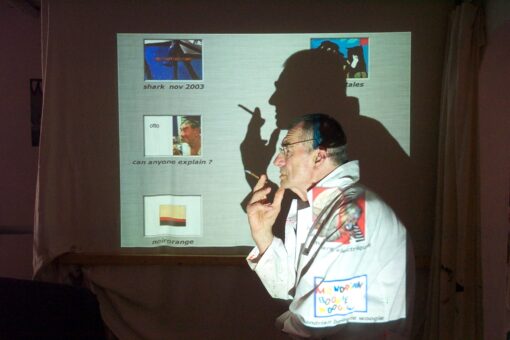