»The meaning of life is its creative consumption«

In 1943 Muehl is drafted into the German Armed Forces and participates in the Battle of the Bulge during the second World War.

During 1952 he completes his studies and teacher training in German philology and history at the University of Vienna and begins studying art education at the Academy of Fine Arts in Vienna.

In 1958 Muehl works as a drawing therapist in a home for developmentally disabled children, under the direction of Eva Rosenfeld (1892-1977), a former pupil of Sigmund Freud. Together with Anna Freud, they founded the Hietzinger School, furnished by Adolf Loos. 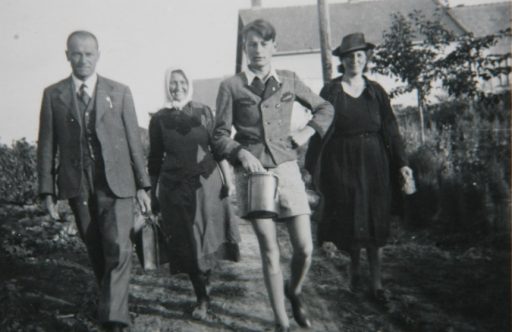 In the 60s and early 70s painting was less important for Muehl than actionism and the idea of the commune, and he was rarely painting during this time.

In 1961 the manifesto »Destruction of the panel painting«. Muehl starts slashing canvases as well as incorporating objects, creation of three-dimensional works / junk sculptures.

1962 he rents the Perinetkeller in Vienna. In the wake of a protest-event against the Wiener Festwochen that Muehl organised with his friends Hermann Nitsch and Adolf Frohner, the jointly written manifesto »Die Blutorgel« (The Blood Organ) arises as the first manifesto of Vienna Actionism.

In 1963, together with Hermann Nitsch, Muehl performs the first public event of Vienna Actionism with the »Fest des psychophysischen Naturalismus« (Festival of Psycho-Physical Naturalism). Additionally, he gives a private show of his first action, titled »Versumpfung einer Venus« (Enmiring of a Venus). Many of his subsequent, roughly 100 actions were documented by the press photographer, Ludwig Hoffenreich, and are the basis for Muehl's friend, Kurt Kren's experimental films.

In 1966 together with Günter Brus, the founding of the »Institut für direkte Kunst« (Vienna Institute for Direct Art). Participation in »Destruction in Art Symposium DIAS« in London with Nitsch, Kren, Brus and Weibel.

In 1967, together with Oswald Wiener, he initiates a platform for public action with the term »ZOCK«. In this context, the silk screen printing series »Persönlichkeiten« (Personalities) is created.

In 1968 the action »Kunst und Revolution« (Art and Revolution) takes place in Lecture Hall 1 of the New Institute Building of the University of Vienna. Muehl is put in custody for two months. In 1970 the foundation of the Praterstraße Commune, later the »Aktions-Analytische-Organisation (AAO)« is founded. Participation in the exhibition »Happening & Fluxus« at the Kölnischer Kunstverein. 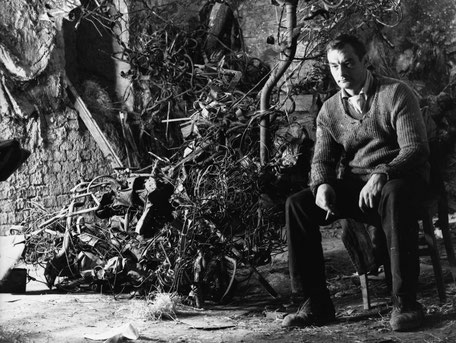 In 1972 purchase of a plot of land at Friedrichshof - Burgenland. Muehl develops the »Friedrichshof Commune« project, based on the principles of free sexuality, common property, communal raising of children and the further development of the artistic action into actions- analysis and subsequently, analytical self-expression.
Participation in the »documenta 5«.

In 1973 he starts painting again. From 1973 until 1983 his painting is mainly connected to the themes and everyday life of the commune.

From 1984 – 1991 Muehl makes a number of films in the commune, including»Vincent«, „Stalin“ »Picasso« and »Back to Fucking Cambridge«. During this period his paintings and drawings often revolve around the themes and characters of these film projects. Among other things, he works on the series »Vincent – an Artist´s Life« and, in 1989, a series of colored silk screen prints entitled »Politiker« (Politicians) created in connection with the film »Andy’s Cake«.

As of 1986 Muehl works on a group of works that stylistically segue between American pop and European agitprop aesthetics. For example, the series Foto SD Paintings (works derived from photos of self-representation sessions), including the series »Unfälle im Haushalt« (Accidents in the Home).

In 1986-1987, Muehl once again increasingly devotes himself to abstract gestural painting, as well as material and structural studies, which were already essential themes of his art back in the early 1960s. 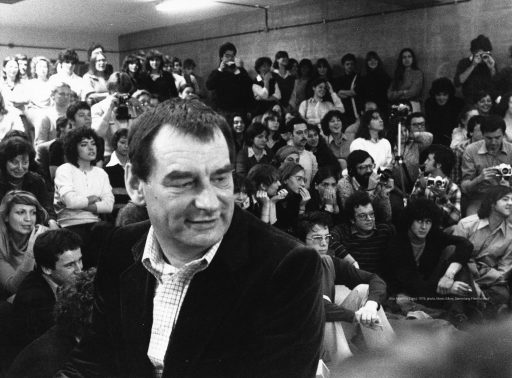 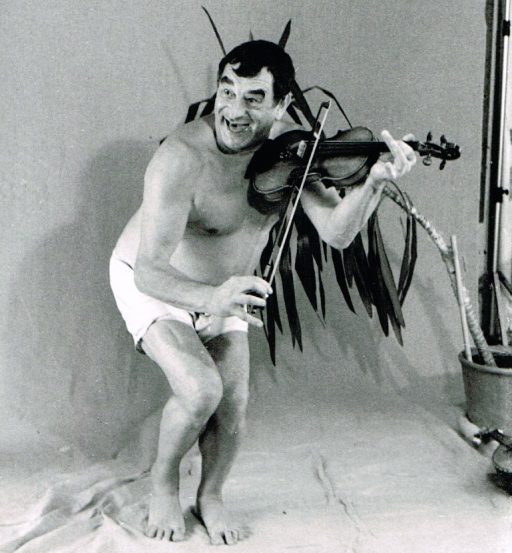 In 1991 the commune in which up to 300 members now live, is dissolved after about 20 years. In the same year, Muehl is convicted of drugs offences and sexual offences with minors and sentenced to seven years imprisonment. Also during this time, numerous works are produced, drawing on his personal situation and the atmosphere in prison.

In 1998 Muehl settles with a smaller group of communards in the Portuguese Algarve. Despite progressive Parkinson's disease, Muehl continues to be artistically active up until his death in 2013, and his works include the series »Sharks« and »Electric Paintings«, a fascinating and radical late work.